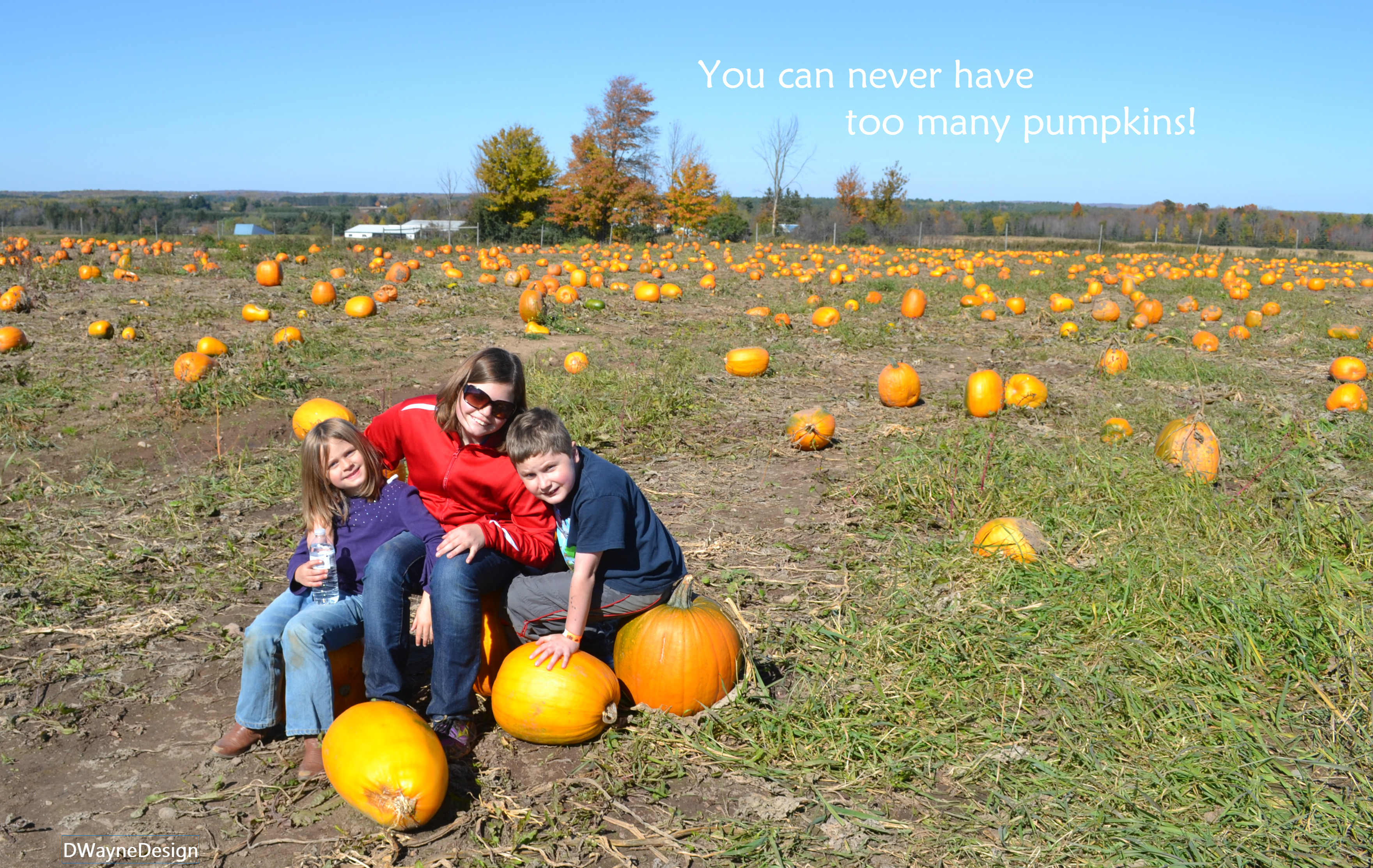 Now this is a pumpkin patch! I try to capture a photo of the kids with pumpkins each fall. You can never have too many pumpkins! — October 2014 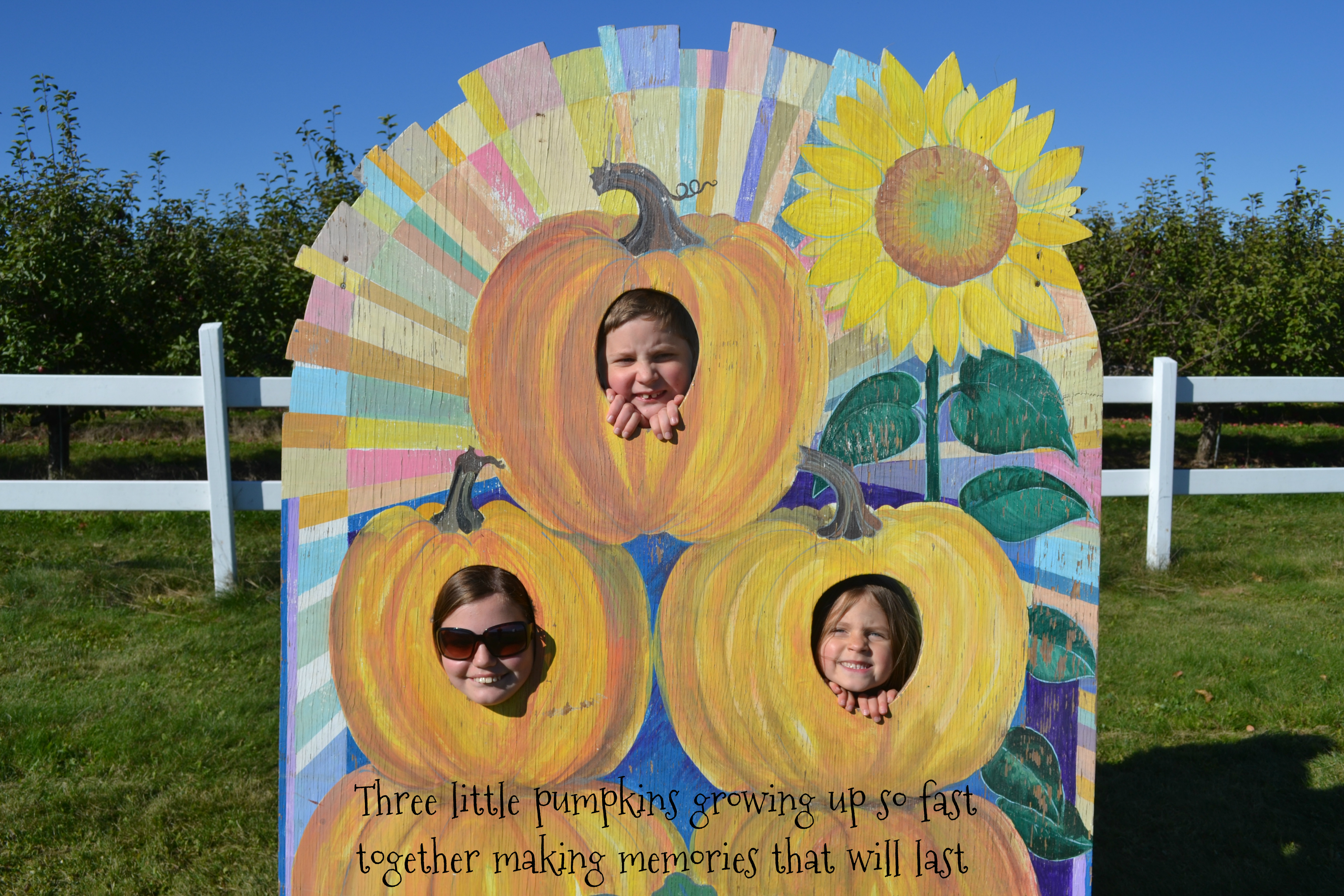 More fun from Helene’s Hilltop Orchard in Merrill. It is a good thing that this photo board had a face cutout for each of my pumpkins still at home. Children sure…