June 2016 was Ashton’s fourth trip to MDA Summer Camp. He is 9 years old and really growing up! This was his first time riding in the Harley sidecar without his Camp Counselor, Anna, as well as his first year not bringing home a Fire Chief hat. Just as well as this was his last summer in the little boy’s cabin. Next summer Ashton will be moving up to the big boy’s cabin and have a male counselor. The picture is from June 2015. Cooper’s first summer with our family sporting the Fire Chief hat Ashton brought home from summer camp. Cooper may not be a Dalmatian but he sure is a very cute Fire Chief! 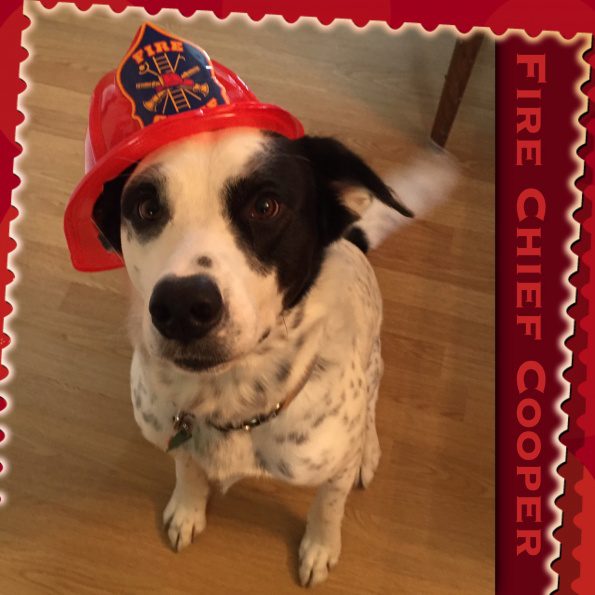