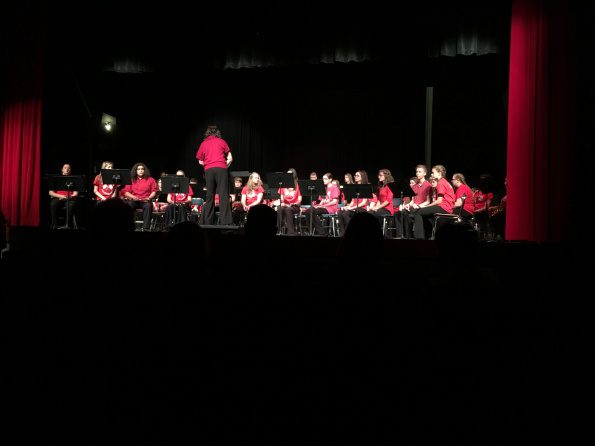 As usual the Marathon City School District band concert did not disappoint today and the annual Pops Concert is always a favorite:). The MVA (Marathon Venture Academy / Middle School) Band as well as the Marathon High School (MHS) Band are under the superb direction of Sara Sternberg. I am really impressed with the Marathon Instrumental Music Department. 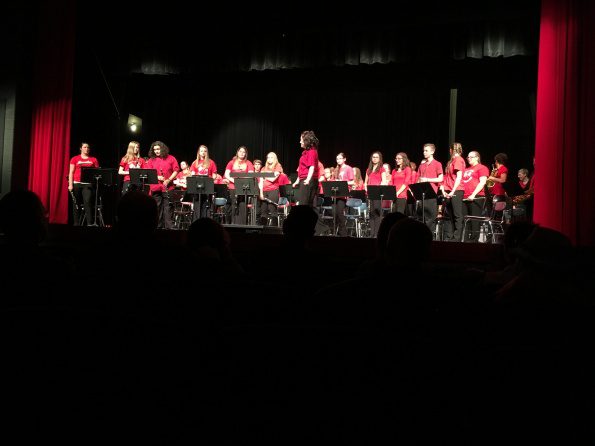 Sydney is now a Freshman so this is her 4th year playing the flute. It has been such a joy watching her develop her musical talent over the years. I say talent because she does have the gift of music that my dad has. I on the other hand can not distinguish notes by ear and had to work very, very hard when I tried to play the organ at home and the year I played alto sax in school. I was always a nervous wreck for concerts too but Sydney is always calm, cool and collected. She also seems to have no problem learning multiple new songs during a relatively short period of time.

I thought I was all set to record last year’s Pop Concert since I had so much space in my iCloud but I overlooked the fact that my phone storage was about full and could not record when it started. (BTW, if anyone recorded the High School Saxophone Band playing the Star Wars Catina Song please let me know the link.) I am so excited that I actually managed to record all six songs that the High School played this year. I had to upload them to my YouTube channel right away and download a backup so I could delete from my phone though, lol, yes, I get a bit photo crazy. Mrs. Sternberg always states the reason for choosing the song and gives a very detailed history of it before each performance which I enjoy but I only recorded each song being played as I was worried about running out of space.

Yes, I am a band mom but I usually don’t have much of an incite on what songs are going to be played and I always learn something at the concerts, Sydney likes to keep it a surprise. Well, actually she does not like to practice when I can hear her.  You can listen to each song by clicking on their link below. They can also be found by selecting Music from the category dropdown box or Video in the tag cloud. Enjoy!